Thanh Hoa is the Northernmost province of Central Vietnam.  The Ma River is the longest one in this province.

Under Chinese rule Thanh Hoa was Cuu Chan district.  It was a wooded and mountainous region which was less populated than the Red River Delta (Giao Chi).

In 1407 the Ming invaded Dai Viet.  The Ho Dynasty collapsed.  Once again, Dai Viet was under Chinese rule.  In 1418 Le Loi, a rich farmer in Lam Son Cave, Thanh Hoa province, led the anti-Ming Resistance to final victory in 1427.  Le Loi became King Le Thai To, founder of the Later Le Dynasty.  From 1428 to 1945 Thanh Hoa was the cradle of three powerful families in Vietnam:  the Le, Trinh and Nguyen.

The founder of the Later Le Dynasty was Le Loi, who proclaimed himself King Le Thai To after defeating the Chinese rulers.

The Later Le Dynasty lasted 99 years and consisted of 10 Kings: 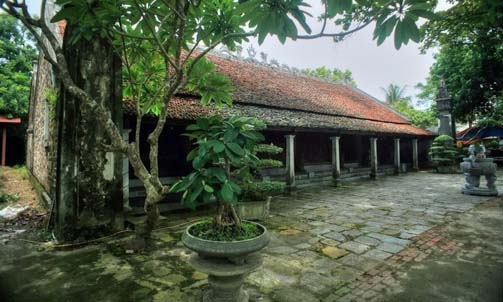 After the coup led by Mac Dang Dung in 1527, Nguyen Kim, son of General Nguyen Hoang Du, went South to recruit the pro-Le militia and looked for the members of the Later Le for enthronement to strengthen the cause of the anti- Mac movement.

- The Northern Dynasty headed by the Mac in the Red River Delta with Dong Do (Thang Long - Ha Noi) as capital.

- The Southern Dynasty headed by the descendants of the Le in the Ma River Delta with Tay Do as capital.

In 1592 the Mac were expelled from Dong Do.  Supported by the Ming they founded a small kingdom in Cao Bang.  In 1677, losing support from the Qing, the Mac were totally defeated by the Trinh.

The Restored Le Dynasty had 16 Kings:  three Kings before the fall of the Mac and 13 Kings after the fall of the Mac.  All of them were powerless for they were enthroned, dethroned and even killed by Trinh Kiem, Trinh Tung and their descendants.

Before the fall of the Mac

After the fall of the Mac

Trinh Kiem (1503 - 1570) was born into a poor family in Soc Son village, Vinh Loc district, Hoang Hoa prefecture, Thanh Hoa province.  A gifted military man, Trinh Kiem was the most powerful man in the Southern Dynasty.  He died in 1570 when the Mac weren’t totally defeated yet.

The Mac were expelled from Dong Do in 1592.  The Trinh shogunate was established by Trinh Tung.  With the shogunal regime the Kings of the Restored Le were powerless.  The Trinh restored the Le by defeating the Mac.  For that reason the real power belonged to them.  Lords Trinh had the right to enthrone, to dethrone, and even to kill the Kings. 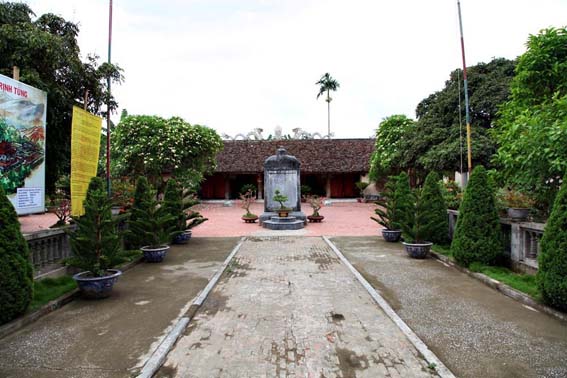 He killed his brother Trinh Toan.  In 1667 the Mac were defeated in Cao Bang.  They disappeared completely 10 years later for being abandoned by the Qing (China).

4.  Trinh Can (1682 - 1709).  Diplomatic relations between Bac Ha and Laos were good.  But the Qing annexed some mountainous villages in Cao Bang provinces such as Vi Xuyen, Bao Lac, Na Oa, Loc Binh to China.

6.  Trinh Giang (1729 - 1740) was a cruel and lustful leader.  Bac Ha was in financial crisis due to Trinh Giang ’s love of luxury.  It was dotted by violent jacqueries.  Lord Trinh Giang dethroned King Le De Duy Phuong and killed him.  He was deeply influenced by the eunuches.  Therefore he didn’t listen to prestigious Chancellor Nguyen Cong Hang.  The capital was in immense darkness at night because Lord Trinh Giang was afraid of thunderbolt!  Lighting was banned.  Lord Trinh Giang was always in the underground shelter to be not seen by God of Thunder.  In 1740 he was overthrown and replaced by his younger brother, Trinh Doanh.  Lord Trinh Giang died in 1762.

8.  Trinh Sam (1767 - 1782).  Seduced by his beautiful concubine Dang Thi Hue, Lord Trinh Sam denied Trinh Khai’s right to succession.  Trinh Can, son of Trinh Sam and Dang Thi Hue, should be his successor.  Lord Trinh Sam was arrogant, luxurious and ambitious.  He sent a letter to Chinese Emperor Qianlong (Can Long Emperor: 1735 - 1796) stating that the Le didn’t deserve to be Kings.  But he did.  His envoy burned the letter and never returned to Dong Do (Thang Long - Ha Noi).

After expelling the Mac from Dong Do (Thang Long - Ha Noi) those soldiers recruited from Ha Trung, Thieu Hoa and Tinh Gia prefectures were proud of their military exploits leading to the fall of the Mac, to the restoration of the Le, and to the birth of the Trinh shogunate.  Kings Le and Lords Trinh were thankful to them.  The Trinh gave birth to militarism in Bac Ha in the 17th and 18th Century.  Called ‘proud soldiers’ or ‘the three-prefecture soldiers’ (linh Tam Phu) they became arrogant and lawless in the capital especially after the fall of Trinh Can in 1782.  They bullied everyone including the high ranking officials of the then government.  People considered them ‘the day-time pirates’.

In 1741 they destroyed Chancellor Nguyen Qui Canh’s mansion but they failed to kill him.

In 1786 the Trinh shogunate collapsed. The proud soldiers left the capital for their birth places in Thanh Hoa and Nghe An. They claimed to be dumb beggars to be not recognized and avenged by the dwellers of Bac Ha.

The ancestor of the Nguyen was Nguyen Kim, who was born in 1468 in Gia Mieu village, Tong Son district, Thanh Hoa province.  His father was General Nguyen Hoang Du.  Nguyen Kim himself was General and  Marquis before the coup led by Mac Dang Dung aiming at overthrowing the Later Le Dynasty in 1527.

Nguyen Kim took refuge in Laos.  He recruited militants from Thanh Hoa, Nghe An in order to restore the Le.  A son of King Le Chieu Ton was enthroned.  It was King Le Trang Ton.

The pro-Le troops got stronger and stronger under the command of Nguyen Kim and his son in-law, Trinh Kiem.

In 1545 Nguyễn Kim was poisoned by Duong Chap Nhat, a defected General of the Mac.  Nguyen Kim’s death was suspicious.  Trinh Kiem replaced his father in-law to command the pro-Le forces by killing Nguyen Uong, son of Nguyen Kim.  Nguyen Hoang, Nguyen Uong’s younger brother, was very scared.  He claimed to have mental health problems.  He asked his sister, Nguyen Thi Ngoc Bao, Trinh Kiem’s wife, to tell Trinh Kiem to let him go down South to defend the Southern border, to exploit the lands and to pay annual taxes to the King.

Nguyen Hoang (1525 - 1613) and many Thanh Hoa residents went down South in 1558.  He was a popular leader, a good organizer and military man, who turned the Southern lands into a new center of power and an important economic zone with immense agricultural and maritime resources.  Apparently Nguyen Hoang was submissive to the Le and Trinh in Dang Ngoai.  Silently he did his best to be independent from the Le and Trinh in Dang Ngoai.  Doing so, Dang Trong must be rich economically and strong militarily.  The leader’s popularity was a MUST.

The Nguyen Shogunate took shape in 1600.  It consisted of 10 Lords:

The founder of the Nguyen Dynasty was King Gia Long (1802 - 1820).  He chose his reign name Gia Long in remembrance of his military victories unifying the country from Gia Dinh to Thang Long. The Nguyen Dynasty lasted 143 years with 13 Kings. 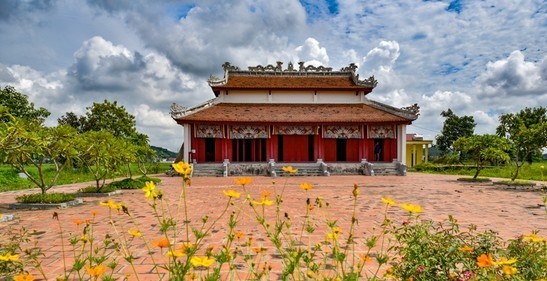 Earmarks of the Nguyen Dynasty

6. Bao Dai (1913 - 1997) was the first King of the Nguyen studying in France when he was 09 years old.  A Westernized King, he married Nguyen Huu Thi Lan, a French naturalisee and Roman Catholic.  He violated the Three Non- Creation Principle created by King Gia Long when recognizing Marie Therese Nguyen Huu Thi Lan as Queen Nam Phuong.  In 1945 he appointed Tran Trong Kim Prime Minister.  Four  months later he abdicated after receiving an unknown telegram from Ha Noi.  He became Advisor to Ho Chi Minh after this abdication.  In 1946 he lived in exile in Hong Kong.  In 1949 he returned to Viet Nam as Chief of State (Quoc Truong).  In 1955 he was ousted by Prime Minister Ngo Dinh Diem.  Bao Dai died in Paris in 1997.

Thirteen Kings of the Nguyen

Trinh Kiem and all Lords Trinh were military men. They established an authoritarian regime In Bac Ha.  The Trinh Shogunate lasted 194 years (1592 - 1786).  In reality Trinh Kiem and Trinh Tung had their full power in the Southern Dynasty from 1545 to 1591 (46 years) i.e before the total collapse of the Mac in the Northern Dynasty.

After the fall of the Later Le Dynasty in 1527 Dai Viet had two opponent great families:  the Mac from Hai Duong on the one hand and the  Le & Trinh from Thanh Hoa on the other hand.  Hai Duong and Thanh Hoa became two political opponent axes in the 16th Century.

Lords Nguyen were more popular than Kings Nguyen.  In the 17th Century the Nguyen defeated the Le & Trinh troops to protect the new land.  When Nguyen Nhac led the uprising of the Tay Son he didn’t say the Tay Son attacked the Nguyen.  He did know Lords Nguyen’s popularity in Nam Ha.  Therefore the slogan of the uprising was to overthrow corrupt Regent Truong Phuc Loan.

Under the leadership of the Nguyen, the territorial expansion to the detriment of Champa and Chenla ended in 1757.