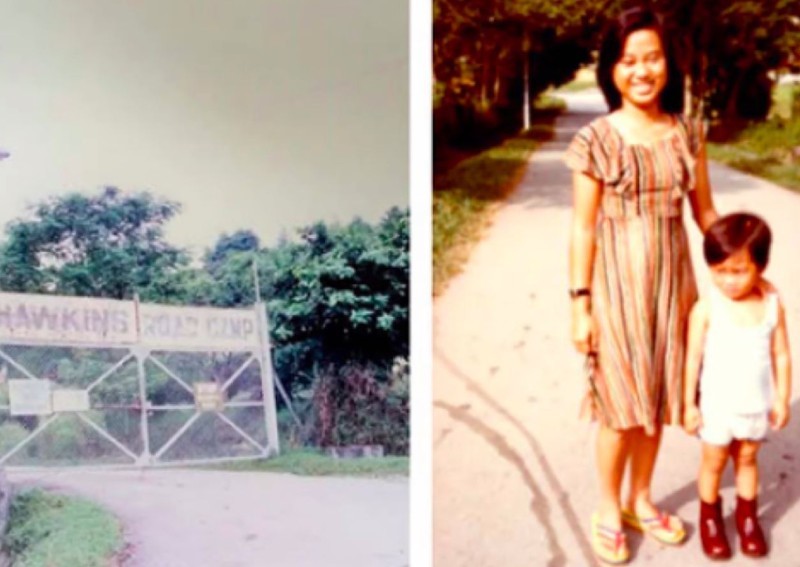 A handout photo. The gates of the Vietnamese refugee camp on Singapore's Hawkins Road
while it was still operational and Lea Tran seen during her time. South China Morning Post

When Derrick Nguyen moved to Singapore 10 years ago, it was as if he had come full circle. The American chiropractic business owner had lived in a refugee camp in the city state for five months from 1979 to 1980, after his family fled Vietnam in the years following the fall of Saigon. His father had fought alongside the United States against the North Vietnamese during the war.

“We went through the Mekong River and headed out towards the ocean. A Norwegian oil tanker picked us up and said that if we wanted to go to the US, we had to stay in Singapore,” said the 47-year-old, whose family eventually settled in Oakland, California. “I’ll never forget the smell of diesel engine, which reminds me of being hidden, put in engine compartments to [hide].”

The aftermath of the Vietnam war, which ended in 1975, brought an exodus of 1.5 million refugees, many of whom did not survive. Between 50,000 to 250,000 people died at sea, succumbing to dehydration, starvation, and drowning during voyages to refugee camps around Southeast Asia. By 1979, about 350,000 boatpeople, as they were called, had arrived on the shores of Indonesia, the Philippines, Malaysia , and Singapore in search of refuge. 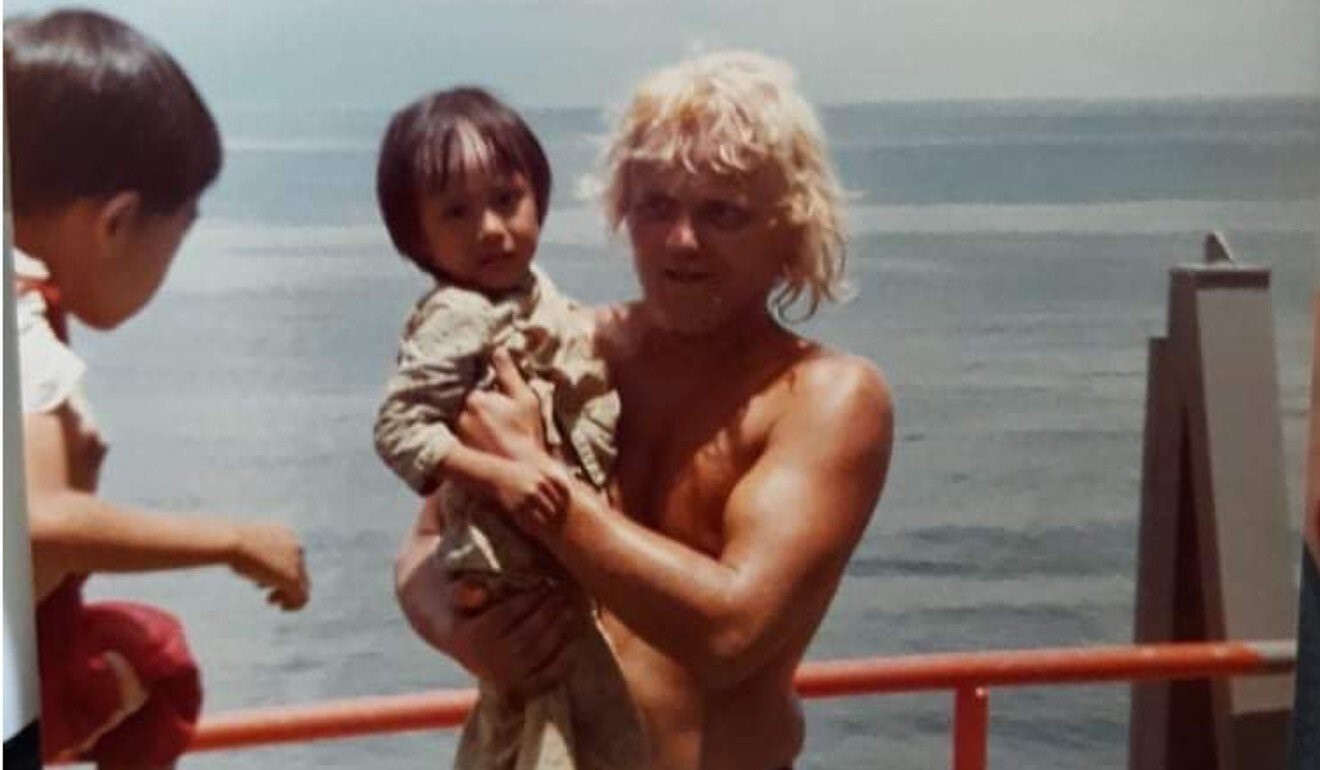 Derrick Nguyen as a child aboard the Norwegian oil tanker that plucked him and his family
from the sea after they fled Vietnam. PHOTO: South China Morning Post

Between 1978 and 1996, more than 30,000 Vietnamese refugees spent time at 25 Hawkins Road, a former British military barracks in Singapore that was converted by the United Nations High Commissioner for Refugees (UNHCR) into a temporary camp. The refugees eventually sought permanent residence in countries including the US, Britain, and Australia.

Today, these former camp residents have been reconnecting on Facebook, exchanging photos of their time as refugees and organising reunion events around the world. Some have sought to return to the Hawkins Road camp or used the group to look for friends who helped them escape Vietnam.

One common lament is how they have not been able to visit the area in the north of Singapore along Admiralty Road West, where many industrial corporations and offices are now located. The area that leads to the camp has been blocked off, with a sign that warns of video surveillance.

Nguyen said he previously tried to revisit the area with his 18-year-old daughter, as did 59-year-old Florida resident Lea Tran, who asked a friend to drive her to the area where the camp used to be during a trip to Singapore in 2019 but found “there was construction everywhere”. According to Tran, the camp’s gate was being taken down.

“When I saw that the camp was dismantled, I was crying because it was gone,” she said. “[The camp] in Singapore felt like Vietnam before the war. I felt very much at home.” 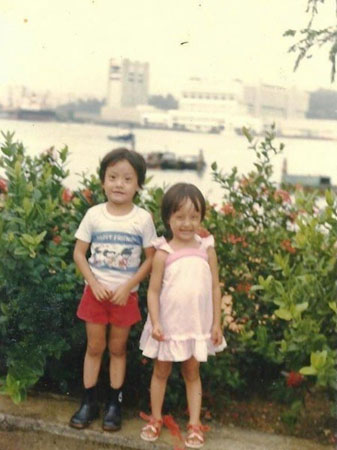 ‘The gate to heaven on Earth’

With 22 two-storey detached houses, education and language centres, a library, and indoor toilets, Singapore’s refugee camp was regarded as one of the better equipped ones in the region. Refugees were given a daily allowance of $2.50, and were allowed to roam the city state until 7pm.

By comparison, in Hong Kong tens of thousands of Vietnamese refugees were for years from 1982 confined to closed camps on remote outlying islands , with many later being forcibly repatriated.

“It felt like heaven and a taste of real freedom,” Tran said, recalling her emotional visit to Singapore in 2019.

Tran’s family left Vietnam in 1979 when she was 16, and she remembers being crammed onto a boat that her father had secretly built off the coast of Kien Giang province with more than 500 other people.

Pirates assaulted the boat in the Gulf of Thailand, she said, with one of them slapping her face for hiding a gold ring in her mouth. 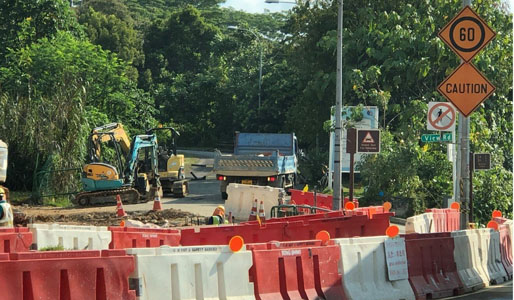 The boat initially made landfall on a remote island, but was dragged back to sea by the Malaysian navy before finally reaching Singapore. It took Tran and her family some seven months to arrive at the city state’s refugee camp, which she described as “the gate to heaven on Earth”.

Nguyen and his family have fond memories of the camp too – to this day, his parents are still friends with one of the Singaporean volunteers who worked there.

He found out about the Facebook group after connecting on Instagram last year with a woman whose mother had been a volunteer nurse at the camp, through his online side business selling home-cooked Vietnamese food during Singapore’s coronavirus lockdown.

“This lady knew so much about Vietnamese culture that I asked her if she was Vietnamese,” Nguyen said. 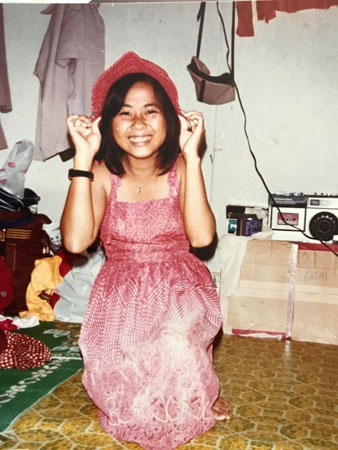 A handout photo. Lea Tran's family left Vietnam when she was 16.
She remembers the refugee camp in Singapore as 'the gate to heaven on Earth'.
PHOTO: South China Morning Post

While Nguyen, Tran and their families fled Vietnam by boat, other refugees like Trista Goldberg were airlifted out. At least 50,000 refugees were flown to the US from Vietnam in 1975 through a series of operations – including Operation Babylift, which transported more than 3,300 orphans – that formed one of the largest aerial evacuations in history.

Goldberg was just four years old when she was adopted by a middle-class family from Pennsylvania in 1971, several years before Operation Babylift took place. She said her adoptive father, who was a detective, wanted to adopt a Vietnamese child after serving in the war.

Her biological parents gave her up for adoption because they were unable to fund the treatment she needed for an umbilical hernia, but Goldberg would later be reunited with her birth mother – by then living in Hawaii – at an emotional reunion in a California airport in 2001.

“She was crying, screaming, and howling. It was a little confusing, but a process of understanding for me,” said Goldberg, 52, who used the then-emerging technology of online search engines to reconnect with her family. “We were able to spend more time together, and the pieces started falling into place. I enjoyed the connection, the similarity of our features.” 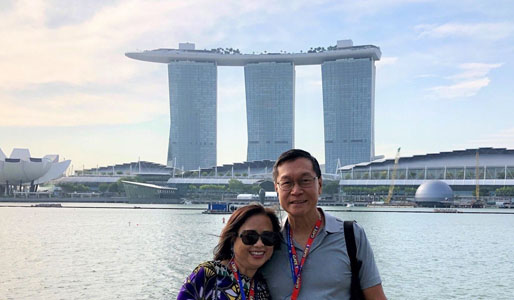 Lea Tran, who now lives in Florida, visited Singapore with her husband in 2019
and attempted to revisit the former refugee camp. PHOTO: South China Morning Post

Now, Goldberg helps other war babies find their families through DNA testing. She founded an NGO, Operation Reunite, two years after meeting her birth mother. Her organisation has provided support to some 3,000 people who were affected by the Vietnam war, and she said that “it’s a way to give back because I was blessed in my journey”.

There remains one person whom she has yet to reconnect with, however: The volunteer with now-defunct airline PanAm who brought her to the US, who she only knows as Miss Weber.

“I have a photobook that my adoptive mother created for me that has letters of Miss Weber corresponding with my mum,” she said. “I’ve still not been able to locate her, but I’ve always wanted to reconnect with her. [Maybe] at another time.” 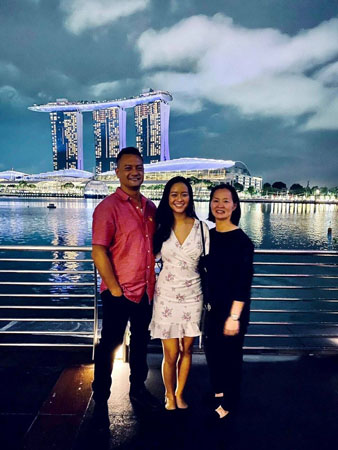